What you don't know about me!

Now that I have made some new friends in Blogland I thought some of you may enjoy hearing about other areas of my life.


I go to the movies-

I cycle a road bike on the road-


In 2010 I went on 62 'road trips' totally over 3,000 km.  I cycled in New Zealand as well as Beach Road, the Dandenongs and the Great Ocean Rd here in Victoria, Australia.
In 2011 I did 14 bike rides in the Pyrenees of France, as well as many in Victoria, Australia.
In 2012, I didn't ride enough, even though I got a new bike!
My husband had a bike accident in 2014 so I haven't been riding enough!
Started riding more in the Spring of 2015, hardly missing a weekend in four months!
I cycled nearly every weekend in the 6 months from November '15 to April '16, but not so much in the following Spring and Summer (2017)
Just as I was getting back into it after a foot operation in September '17, I had an accident on my bike in November 2017, sustaining a compound dislocation to my left index finger and tendon damage to the little finger!!
In 2018 I had another operation to repair my little finger.

I am a school teacher-

I live at a school-

My husband is the caretaker of a big private school and we live on-site!  It has its advantages (lots of outside space, a pool and gym, and an amazing view!) but disadvantages too (interruptions, a small flat, no privacy!)

I love to travel-
I have been to Europe four times in recent years- 2008, 2010 (Paris for three weeks), 2011 and 2014. My husband and I love hiring a car and driving around rural France! Spain is pretty special too.
I have been to New Zealand twice (2005 and 2009)-once to drive around the South Island and the second time to cycle with my friends at Lake Taupo. The best walk I have ever done was the twenty-kilometre Tongariro Alpine Crossing!
I also went to Malaysia and Vietnam in 2006.
In 2012 we went to Sydney for a short break and to Bateman's Bay in 2015.
I snorkelled on the Great Barrier Reef in 2014.
We have also travelled extensively around Australia. In recent times we have cycled in the Grampians in western Victoria (2016), had a road trip around Tasmania (also in 2016), and visited Far North Queensland in 2014 when we had to come home early because of an impending cyclone!
In 2017 we headed north again to Peregian Beach on the Sunshine Coast.
We had two trips in 2018- a South Australian road trip at Easter and during October a four-week road trip around the North Island of New Zealand.
In 2019 we did a couple of road trips to Benalla, Rutherglen and Bright
2020

I love to go to concerts-
These are the international artists I've seen over the last 40 years:

Come back occasionally - I'll update when there is something interesting to add! 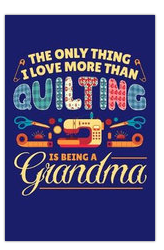